Pleaseenable JavaScript in your browser; it's quick and easy!

Embrace the magic this holiday season, and find all the items your children will love with our wide variety of Black Friday Frozen deals! These products are perfect for giving as a gift, or for celebrating the release of the new Disney movie, “Frozen II”. With plenty of new Black Friday Frozen deals to pick from, you can “let it go” and get your holiday shopping done with ease!

The Frozen Black Friday deals include items for many different areas of your child's life - from toys, clothes, shoes, and more! Each item is sure to feature your little one's favorite characters from the film series, including Elsa, Anna, Olaf, and Sven!

With plenty of Black Friday Deals on Disney Frozen items, you can feel confident getting your children exactly the gifts they want this year. And don't forget to check out all the other Black Friday deals, where you can find a new gift at every turn! 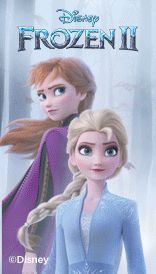